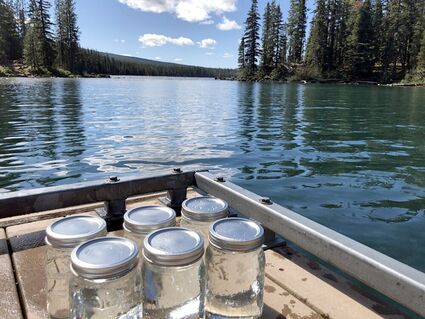 Lakes and rivers around the state all had levels of contamination - including the McKenzie River and Clear Lake - where samples of fiber-type microplastics were collected.

Almost three Oregon dozen waterways tested this year have microplastic contamination. They include rivers that flow through the state's biggest urban centers to treasured resources like Clear Lake. The findings are outlined in a new report, released last Monday by the Environment Oregon Research & Policy Center (EORPC),

"The results of this study should set off alarms for all Oregonians who love our state's rivers and lakes," said Celeste Meiffren-Swango, state director with EORPC. "The staggering amount of microplastics we found likely means that no river, lake or stream is safe from this increasingly common contaminant."

Microplastics are pieces of plastic less than 5 millimeters in diameter, which is smaller than a grain of rice. Samples from 30 waterways had at least one type of microplastic contamination. This included such popular locations as the McKenzie and John Day rivers, Lake Billy Chinook, and Crater Lake.

Along with the help of concerned citizens across Oregon, Environment Oregon Research & Policy Center staff collected water samples as part of a citizen-science project to identify plastic pollution in local waterways.

Americans generate more than 35 million tons of plastic waste every year and less than 10% is recycled. The rest ends up as litter or gets sent to landfills or incinerators where it will release microplastics over time that can get carried by wind or rain into the environment.

Microfibers, a type of plastic found in every waterway, come from textiles and are shed through normal wear and tear or routine machine washing. It's almost impossible for water treatment plants to filter out those types of pollutants.

River and beach clean-ups and conservation efforts help with much larger forms of litter and pollution, but the small size of microplastics makes it easy for them to travel from their source to waterways near and far, carrying contaminants and chemicals that work their way up the food chain through wildlife and humans. 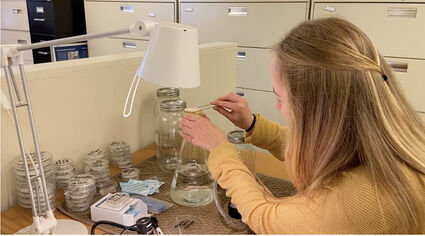 Samples from 30 bodies of water were tested.

"This work highlights the importance of working on plastic pollution solutions both in our state through diverging from single-use plastics and at the industry and federal level through innovation and limiting plastic production," said Charlie Plybon, Policy Manager at Surfrider Foundation. "This is more of an Oregon and US pollution problem than we'd like to admit and these samples from our most iconic waterways in the state should resonate with a responsibility to act."

The report outlines a broad range of policy solutions to tackle the problem, including phasing out single-use plastic foodware like polystyrene foam and updating the rules to allow Oregonians to bring their own reusable containers and produce bags to grocery stores and restaurants.

"There is no silver bullet solution to stop microplastics from entering our waterways," Meiffren-Swango said. "But this should be a wake up call for local, state and national leaders that our plastic pollution problem is growing, it's impacting even our most treasured places and we need to do everything we can to move beyond plastic before it's too late."