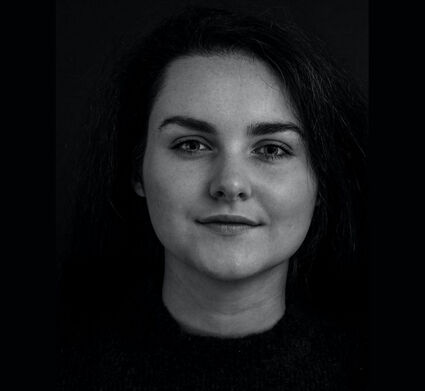 I am having a problem in paradise. First of all, I am 22, he is 31. We have known each other for a little over a month.

At first, he was more affectionate than I was. He felt a little upset I wasn't moving as fast as he was affectionately. Not that he was trying to be sexual, he just wanted cuddling, hugging, and kissing.

For some reason he thought we were "two different people." He was unsure whether we should even talk anymore. I didn't see that! We had a long debate, and everything was good after that.

Last Thursday he came to my birthday party, and everyone thought he was very attentive. I sat on his lap, we held hands and hugged a lot. He brought me a bottle of merlot wine, burned a CD with my favorite songs on it, and gave me a card.

In the past he told me I am special, and it would be a loss if I wasn't in his life. After the party I emailed him a thank you. I called Saturday afternoon to see if he wanted to go dancing and left a message on his answering machine. He didn't call back, so I assumed he was busy. No big deal.

Next day I called again. He said he had plans all day. I asked if he wanted to do something later, but he said he was starting a new job on Monday. I've called or emailed four times since.

Maybe I'm being paranoid, but I've gotten no return call, no email, no nothing. My friends and I can't figure out what's going on in his head. I'm trying to think of the best way humanly possible to handle this situation delicately. I don't want to lose him, and I sure don't want to give up easily.

Elise, you want a delicate solution. I can give you the solution, but it lacks delicacy.

In your mind your boyfriend wasn't trying to be sexual, but cuddling, hugging, and kissing are the prelude to something more. He didn't get what he wanted. Then he withdrew, perhaps as a way of moving you along. Along the way he decided he was done with you.

Bill Clinton gave Walt Whitman's "Leaves of Grass" to Hillary while they were courting. He also gave the same book to Monica Lewinsky. Who knows how many other women received the same treatment. It was just his method of operation.

A bottle of merlot, a CD, and a note may well be just part of your ex-boyfriend's modus operandi. He does it by rote. It doesn't mean anything. What has meaning is the way he is treating you.

Pursuing him makes you vulnerable, and opens the possibility he might try to use you for his own ends. He's a player. Don't play unless you want to be hurt.

My daughter is the single mother of two children. I know this sounds harsh, but it has gotten to the point where her father and I are estranged from her. Basically we want a "divorce" from her and would like visitation with our grandchildren. Is this possible?

Betty, focus on your daughter, not on your grandchildren. Your relationship to those kids is through her. If someone tried to circumvent you to get to your children, imagine how you would react.

If there is a way to help your daughter, or even placate her, that is more likely to be productive than legal remedies. Getting between a mother bear and her cubs can raise the amount of discord to a level beyond what you can now imagine.

There's one major problem with giving grandparents legal access to their grandchildren. People who inflicted verbal, physical, and sexual abuse on their children are then given access to inflict trauma on yet another generation.