Tiger By The Tail 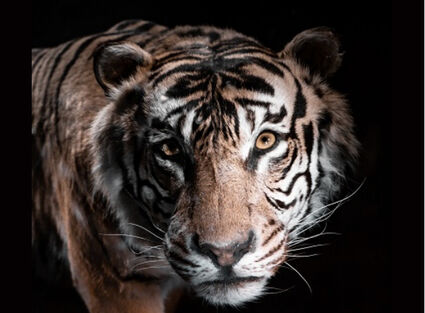 I need help. The woman I am seeing is the most incredible person I have ever known. We get along wonderfully, love the same things, and the sex is indescribable. The problem is after orgasm I get very sick to my stomach. This has never happened to me before...ever! What's the deal?

Ken, a friend once told me about a dream he had. He was standing on a beach surf casting when he felt an enormous tug on his line. He jerked his rod back hard, and his catch flew over his head and landed behind him. When he turned to see what he caught, he saw he had a tiger by the tail. The tiger advanced on him, marching him into the sea.

He woke in a sweat and instantly understood what the dream meant. He was having an affair with a married woman, and he needed to end it. Somewhere in your story is a tiger, though you omitted it from your letter.

Is this woman married to someone else? Are you? Is she your student, or too young, or the child of a close friend? Is she your subordinate? What tiger has your stomach twisted in knots? When you answer that question, you will have our answer.

All The Lonely People

Hopefully, you two can give me guidance. I am a 35-year-old woman living alone, never married. But that's not the problem. I feel like I don't know how to make friends. Okay, stop laughing.

I was raised in a very lonely environment and had very, very few friends as a child. Now, as I have grown, I feel like I missed some lessons about how things go. And I feel particularly stupid asking for help. I am a massage therapist and have cursory friendships with a few clients. But nothing more ever develops.

When I talk to the few people who know me well, they have no answers. They say, "You need to go out and make new friends!" But they don't have an answer when I ask, "How?" I admit I am shy, but I love to do all kinds of things and go out by myself often. I've gone to concerts, museums, gallery openings, and even into New York City just to wander around. I make small talk, but people just walk away.

My breath does not smell, I bathe daily, I am attractive, and I smile. I can't think of anything I do to make people turn around and go. But I must be doing something wrong. I just don't know what. I'm almost resorting to having my mother send me her worn-out old copy of "How to Win Friends and Influence People."

Sheri, the easiest place to start is by going where you are wanted. There are a host of organizations and causes which need your help, places where you will be missed when you are not there. All that is asked of you is your time, your personality, and your willing heart.

Some possibilities include teaching people to read, reading to the elderly, or joining a book club. Hospitals are usually desperate for volunteers, and every major disease has groups dedicated to finding a cure. There are environmental groups, food pantries, political parties, and community betterment groups. The list is almost endless.

There are also good books on friendship, such as Val Walker's "400 Friends and No One to Call."

One organization we recommend is Toastmasters International. They have clubs in more than 60 countries, and they are dedicated to helping their members improve their speaking and listening skills. At a Toastmaster meeting, everyone speaks.

You need not be embarrassed by your problem. When Wayne was in Toastmasters, he knew a career army officer who was a paratrooper. This man had no fear of jumping out of airplanes, but speaking to individuals and groups terrified him. Though personally, I can't understand why anyone would want to jump out of a perfectly good airplane.

Wayne & Tamara are also the authors of The Friendship Solution, available from Amazon, Apple and most booksellers.