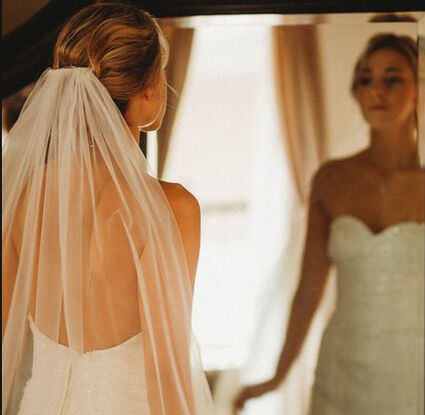 I need some serious advice. My boyfriend Jack and I met during our senior year in college. After graduation, we continued our relationship even though we live an hour apart.

Last Christmas Jack surprised me with an engagement ring. Jack's family and I are very close. In fact, I am the godmother of his sister's first child. Every weekend we have all been working together to get things ready for our wedding. Jack and I talk about how lucky we are to have each other.

Last week I received a phone call around 10 in the morning. Jack told me he was feeling scared and didn't think he could see himself with me three years from now. Later that night Jack called back to say he was sorry, he couldn't go through with the wedding.

As you can imagine, I freaked out. When I asked him why, he responded, "I don't know." The next day we took off work and met at a hotel to talk. For the first few hours, we sat at a table and talked about all the positive things in our relationship. I kept waiting to hear something bad, but nothing was ever said.

As the night progressed, we wound up in bed and he held me tighter than ever before. Over and over, he told me how much he loved me. After we made love, he wouldn't let go of me. He kept telling me how beautiful I am, and how much he loved me. The next morning, I woke to him putting his clothes on. He told me he loved me once again, but he needed to be by himself.

After a few days without hearing from him, I got an email from Jack saying all the wedding plans needed to be canceled. I was so confused and upset. Many angry phone conversations took place after that email.

He doesn't want to see me or work on our relationship. He wants to be phone friends, and I am sick over this. I don't understand what happened. His family is upset but naturally, they have to stand behind their son.

I lost my best friend, a family, and the love of my life. What do I do at this point? Do you think he just got scared and will come back around? How do I deal with this?

Ann, people act as if there is a single thing called "wedding day jitters." Everyone nervous about getting married is lumped into one category.

Actually, there are two groups of people. The first group feels the excitement of something they have never done before, something which is a major permanent change in life. It is like the butterflies actors feel before a performance. The last thing they want to do is cancel the event.

The second group of people doubts marriage is a good idea for them. Many of them know they are making a mistake, but they lack the strength to stop things. Jack knew how much turmoil this would cause, yet he still put on the brakes. If this crash had come later, after you married, the consequences would have been much worse.

The way to handle this is by facing it directly. Don't apologize or act embarrassed. Contact the people you need to contact. Make your phone calls, write your letters, cancel reservations, and take things back. Facing things and making a clean break helps you move forward.

You had a picture of yourself as a bride, living somewhere else, doing other things. Now you have a new future to build. You have a right to feel angry and hurt, but in time, like many events in life, this will fade to insignificance. This event doesn't define you.

Wayne & Tamara are also the authors of Age Difference Relationships, available from Amazon, Apple and most booksellers.