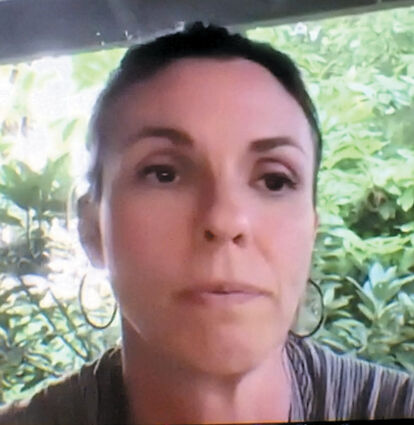 BLUE RIVER: A new clinic to replace the one lost to the Holiday Farm Fire might range in size from 2,050 to 2,827 square feet. Those sizes were among the alternatives Katie Hall with Pivot Architecture of Eugene presented to the McKenzie Valley Wellness (MVW) board last Monday. Specific costs - as well as design details - are still in flux and no decision on the proposals was reached.

The size of the building had been reduced from what was first envisioned as a 4,000-square-foot replacement. Further scaling down will have impacts on planned operations that are most likely to change space allocations for the lobby, break room, office space, and shared open areas, Hall noted.

Details of the construction, she said, call for a wooden stick-built structure that wouldn't employ glulam beams or other more costly items. "The most efficient way we can cut costs is by cutting square feet," she said.

Money to pay for the rebuild is coming from a state fire relief grant and an insurance settlement. Of the $1.8 million grant, $100,000 has already been spent to transform and help equip a temporary clinic operating out of the former Rustic Quilt Shop in Rainbow. A $210,000 settlement was received from insurance to replace the original building.

Citing high costs of construction was board member Jason Cloke. He said those rates are currently running around $350 to 450 per square foot for residential structures. Commercial rates, he said, are averaging between $600 to $750 a square foot. No numbers were discussed related to the amount of money needed to replace basic furniture and fixtures, as well as medical equipment.

Sentiment on the board appeared to support a design that Hall called the "Long House." It featured a rectangular floor plan as opposed to the other "L" shaped options.

Having enough space was a concern for Robin Roberts who questioned if the smaller floor plans would, "have enough space for our mission statement of educating the public?"

Jane Wilson noted that she would, "like to see us build a clinic that will stand as long as the previous one did before the fire and served the community." Because the clinic, the O'Brien Library, and the Blue River Fire Station are all to be rebuilt, Wilson wondered if one contractor got all three jobs could there be associated cost savings?

Cloke said he wasn't sure what the maximum amount was that the insurance policy would allow but he thought it might be around $400,000 as opposed to a little over $200,000 that was awarded. "The question is, do we need a third party to come in and assess the value of what that structure was and its replacement cost?"

Orion Falvey, the co-founder of Orchid Health, which provides local health care services, said he felt the insurance carrier should be responsible for ensuring there was sufficient coverage. In addition to pursuing additional payments from insurance, he suggested Orchid could work in partnership with McKenzie Valley Wellness to get additional payments. Referring to grant opportunities, Falvey said, "There's still a lot of funding out there to capture."

Cloke wondered whether the Oregon Dept. of Justice's investigation into the transfer of assets or liabilities between McKenzie Wellness and Orchid Health might influence potential sources of grant funding.

MVW president Val Rapp said the June billings for attorney fees and bookkeeping had been around $51,500. In June those costs averaged another $!4,000.

Wilson, though, said board members should remember that "Investigation doesn't imply wrongdoing. It's like having your taxes reviewed," she suggested. "As long as we operate under that mindset we can go ahead and do business as usual."