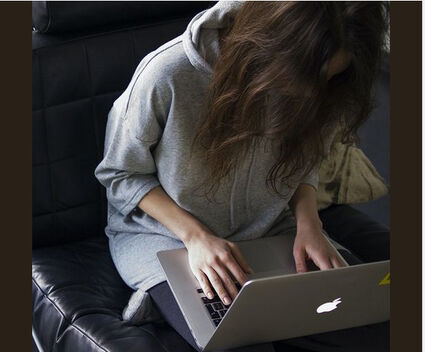 Good morning. A very early morning, I might add, because I'm finding it hard to sleep. I'm involved with a man who loves me deeply and would do anything for me, but who doesn't know who he is?

He had a very sorrowful childhood. His father died young, and his mother was left to raise the children alone. She could handle the girls fairly well, being one herself, but she didn't know what to do with the boys. So Will and his brothers were sent to boarding school.

The light of Will's life became his vacations with his "uncle", a dear friend of the family, the actual uncle of a classmate. It turns out that after a short time this wonderful uncle sexually abused Will. When vacations with the uncle finally ended, recollections of abuse were blocked from his memory.

Out of school, Will traveled, got a terrific job, and drifted through life. When his best friends married, he was swept up in the need to be part of it all. He married an independent, wealthy woman. Maybe there was a little love, but did it really matter?

They decided he should quit work. The wife became immersed in gathering material things, the more expensive the better. She grew consumed to the point of obsession with getting her share from the family trust. She neglected Will and their children.

Will became the whipping boy for her black moods, and his self-esteem suffered. He went back to work to garner a niche for himself and closed himself off emotionally as the marriage grew worse.

We met last year. Neither of us could speak with our spouses, so we turned to each other as best friends. Our story isn’t new in that respect. For years my husband abused me emotionally and neglected our child. When I miscarried at Christmas, he wasn't there to support me. Will was there for me through it all.

Our emotions deepened and we became physically involved. Will has separated from his wife, but I haven't left my current address because I can't afford to. He is taking time away from our relationship to try to resolve his past difficulties. I don't know if he can.

I would love to spend my life with him, but I don't think I can take a chance with so much unresolved baggage in his life. I am using our time apart to establish myself as an independent entity and looking for full-time work. I am also establishing a new relationship with the father of my child, based on our love for her.

Dinah, in 1972 Bobby Fischer played Boris Spassky for the world chess championship. In one pivotal game, Fischer made a series of moves that didn't seem to help him much. Until the final move. Spassky suddenly realized his position was hopeless and resigned.

Grandmasters watching the game in another room were as surprised as Spassky. No one saw it coming. As one newspaper reported, Fischer amassed a "multitude of small advantages" until he had achieved an insurmountable advantage.

You are living life thinking one move ahead. Not happy with your husband, you move toward another man. Growing close to him, you see he is not the solution and takes a step back.

In the deepest sense, relationships are not intended to supply what we lack. They are intended to enhance what we already have. Understanding Will is not the solution to your life is a small, though major, advance in your position. What you need is more standing and wherewithal, more confidence in yourself as an independent entity.

With each small advance, in your career or sense of purpose and wholeness, your perspective will change. Victory will be yours not by choosing between men, but by developing who you are.

You can make a series of small maneuvers which will materially change your life.