Taxpayers can expect more returns in 2024 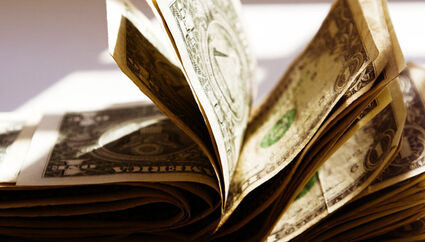 Oregon is expected to pay a record kicker in 2024.

After months of record revenue growth, Oregon economists now expect the state to enter a "mild" recession next summer.

State economists told a legislative panel on Wednesday that economic forecasters in Oregon and around the country anticipate a recession within the next year because inflation remains higher than the Federal Reserve wants it to be, with the Fed expected to continue raising interest rates. In a quarterly report released Wednesday, officials from Oregon's Office of Economic Analysis likened the interest rate hikes to slamming on a car's brakes.

"Slamming on the brakes of a speeding car will cause it to skid and even fishtail," the report said. "The question is whether the driver is able to pull out of it or end up in the ditch. Most economists today believe a recession is likely, even if the exact path of the economy is uncertain."

The forecasted recession envisions losing about 24,000 jobs, primarily in construction, manufacturing, and related industries including finance and transportation. It would likely be rougher in the Portland suburbs and central Oregon, where rapid population growth means a significant portion of the local economy is tied to construction.

State economist Mark McMullen told lawmakers the signs of an upcoming recession are different this year than they have been in the past. It will be driven by a decline in housing and business investment due to high-interest rates, he said. The current forecast calls for employment rates, which have risen quickly and steadily since plummeting in the early days of the pandemic, to dip in late 2023 and begin rising again the following year.

"It's rather mild, at least from a historical perspective," McMullen said.

There are three reasons to expect a mild recession, he said. First, businesses, financial markets, and people expect inflation to slow. Second, the labor market has been so tight that employers aren't likely to let go of workers even if their sales are slow. And finally, many people still have higher savings from wage growth, stimulus payments, and limited spending during the pandemic – though those savings are concentrated in higher-income households.

Some of the state's urban areas are most at risk, forecasters said. Clackamas, Columbia, Deschutes, Jackson, and Washington counties, along with rural Crook and Gilliam counties, are at the highest risk because much of their economies depend on the construction, manufacturing or transportation, and warehousing. The Portland suburbs, Bend and Prineville are growing quickly with many jobs in housing construction, while 10% of Gilliam County jobs are in transportation or warehousing. That county's largest employers are landfills.

Other rural counties used to have more volatile economies when they relied on the timber industry and mills would regularly shut down and reopen, McMullen said. Now, those rural counties don't experience the same economic booms as the rest of the state, but they also don't see the same downswings in bad economic times.

Meanwhile, Oregon lawmakers will begin drafting the state's next two-year budget in a couple of months, and they'll have about $3 billion less to work with than they did during the current two-year budget cycle. That's because many wealthy Oregonians cashed out capital gains in 2021 and federal stimulus checks increased the amount of money collected in state income taxes.

The state will also pay out 2024 a record "kicker" tax credit, which is triggered when the state collects more in personal income taxes than it budgeted. Oregonians who paid taxes in 2022 and 2023 will receive credits totaling $3.7 billion when they file their tax returns in 2024, with larger credits for those who paid more in taxes.

Lawmakers can reduce or eliminate the tax credit with a two-thirds vote – 20 senators and 40 representatives. They did so in the early 1990s when the nation faced a recession tied to the Gulf War, and progressive groups have long pushed for legislators to reduce or reform the kicker.

But such a vote seems unlikely next year. Democrats will still have a majority in the Oregon House and Senate, though they lost their supermajorities in both chambers. Getting enough votes to suspend the kicker would require not just every Democrat but multiple Republicans in the House and Senate to vote for it, and GOP legislative leaders have consistently pledged to protect the kicker as is.

"Before we all run away thinking we can quickly spend that kicker on something else or hold it, that's a high bar and a pretty big lift and there's probably better things to spend your time on," Sen. Lynn Findley, R-Vale, warned his colleagues.

Rep. Nancy Nathanson, D-Eugene, asked whether pandemic-induced changes to consumer spending will affect how Oregonians spend their extra money from the kicker. More people purchased goods online than from local brick-and-mortar stores, and it's unclear how much of the money returned to taxpayers will make it to Oregon businesses.

McMullen said much of the tax rebate already goes to people who may not spend it. People who pay more in taxes receive higher kickers, and while people living paycheck to paycheck spend nearly every dollar they have, people with more money might save their rebates.

Oregon's lack of a retail sales tax has also made it hard to track spending trends, McMullen said, but the state will have more data because of the corporate activity tax passed in 2019. The tax applies to businesses' gross receipts and effectively functions as a hidden sales tax because businesses pass the costs on to consumers.

"One place that's pretty darn clear is that when we give out a big kicker, video lottery sales go through the roof," McMullen said.

Legislative Democrats and Gov. Kate Brown responded to the forecast by saying Oregon is well-positioned to weather economic challenges. In a statement from Ho Chi Minh City, Vietnam, where she is traveling on a trade mission, Brown praised the state's "continued fiscally responsible decisions."

"Because we have made prudent financial decisions, the state has the ability, if needed, to invest in resources to help Oregonians who may feel its impacts," she said. "With this forecast, the Legislature should also be prepared, as they enter the upcoming session, to respond to economic challenges and take meaningful action to benefit Oregon's working families."

House Speaker Dan Rayfield, D-Corvallis, agreed that Oregon's almost $1.8 billion in cash reserves leaves the state in a good position. It still would take a three-fifths majority – 18 senators and 36 representatives – to tap into the reserves.

"The state has historic cash reserves and is set up better than ever to handle any potential economic downturn thanks to years of responsible budget management by Democratic leadership," Rayfield said. "We are poised to take advantage of the upcoming 2023 legislative session, soften the impacts of any potential downturn, make our communities safer, and focus investments on working families and communities of color."

"We will continue to build on our recent historic investments in health care, housing, jobs, and education," Wagner said. "Due to the fiscally responsible leadership of Oregon Democrats, our state's budget reserves are currently the strongest they've ever been in Oregon's history."

His counterpart in the House, Rep. Julie Fahey of West Eugene, said spending by the Oregon Legislature and recent federal money from the Biden-Harris administration made the state's economy strong. She called for continued spending to address the state's ongoing affordable housing crisis, provide support for mental and behavioral health and drive down the cost of living.

"We also know that should a global recession hit, Oregon is prepared to mitigate its impact because of the work Democrats have done to set aside historic levels of reserves," Fahey said. "This work will allow us to continue supporting our most vulnerable communities."

Legislative Republican leaders, meanwhile, issued a joint statement saying it was a time to be cautious and prepared.

"Hard-working Oregonians continue to pay the price of high inflation and take the brunt of the current recession," said Senate Minority Leader Tim Knopp, R-Bend. "The upcoming legislative budget and policy decisions made around the economy must be focused on relieving their burden, not adding to it."

"Oregonians spoke in the recent election by breaking the supermajority in the Legislature," she said. "Republicans will respond in the upcoming legislative session by holding strong against growing government or taxes."

Julia Shumway has reported on government and politics in Iowa and Nebraska, spent time at the Bend Bulletin and most recently was a legislative reporter for the Arizona Capitol Times in Phoenix. An award-winning journalist, Julia most recently reported on the tangled efforts to audit the presidential results in Arizona.