Are mountain trees in danger? 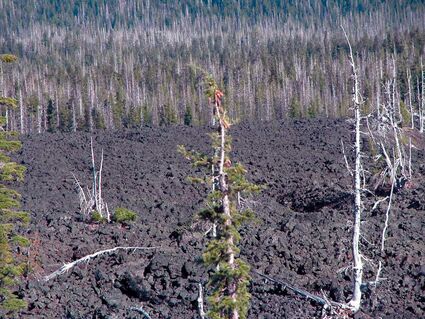 Some trees that normally live for more than a thousand years may be facing an end-of-life crisis. That was part of the warning on December 14th from the U.S. Fish and Wildlife Service in announcing the agency was designating the whitebark pine as a threatened species under the Endangered Species Act (ESA). Over the last two decades, more than a quarter of the trees have been killed by white pine blister disease, climate change, wildfires, and voracious beetles.

“As a keystone species of the West, extending ESA protections to whitebark pine is critical to not only the tree itself, but also the numerous plants, animals, and watersheds that it supports,” said Service Regional Director Matt Hogan. “The Service now looks forward to continuing engagement with the many whitebark pine conservation partners during the recovery planning process to ensure this species continues to endure for future generations.”

The five-needled pines are found at elevations up to 12,000 feet on more than 126,000 square miles in Oregon, Washington, California, Idaho, Montana, Wyoming, Nevada, and Canada. At those windy, cold, high altitudes, conditions are too harsh for most trees to survive. The whitebark pine's edible seeds are spread almost exclusively by a bird, the Clark’s nutcracker. In addition to providing a high-energy food source for animals, healthy whitebark pine stands also play an essential role in slowing runoff from snowmelt and reducing soil erosion.

Over 50% of standing whitebark pine trees are dead, according to researchers. White pine blister rust had been killing them over the last century, wiping them out in areas like the eastern edge of Yellowstone National Park, where seeds from the trees are a source of food for threatened grizzly bears.

Additional threats impacting the health of the species include mountain pine beetles, altered wildfire patterns, and climate change. As a result of these threats, scientists estimate that as of 2016, 51% of all standing whitebark pine trees are dead.

With Endangered Species Act (ESA) protection federal agencies would be required to develop recovery plans and begin restoration work. At this point, wildlife officials have declined to designate which forest habitats are critical to the tree’s survival, stopping short of what some environmentalists argue is needed.

The U.S. Forest Service is collaborating with the Whitebark Pine Ecosystem Foundation (WPEF) and American Forests to promote strategic range-wide conservation of the species, with the support of the USFWS. Officials say that effort will help guide the recovery process by leveraging ongoing work to create a strategy to save the species from further decline. 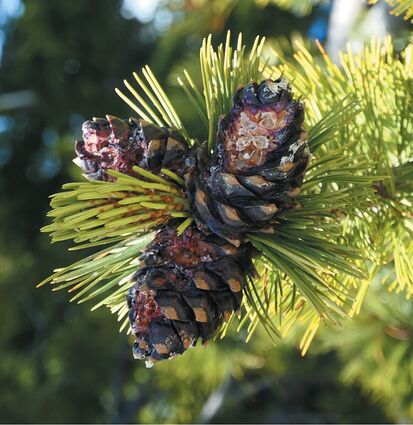 To allow for further conservation of the species, the Service has included a 4(d) rule with the listing of the whitebark pine. A 4(d) rule is one of the tools in the ESA that allows the Service to authorize activities that benefit and conserve the species. In the case of whitebark pine, the Service is allowing research, forest management, and restoration work on federal lands where it might otherwise be prohibited. This provision also allows for the collection of seeds on federal lands for Tribal ceremonial and traditional use.

The final rule to list the whitebark pine as a threatened species and accompanying 4(d) is available for public inspection in the Reading Room: tinyurl.com/yc65fjut.