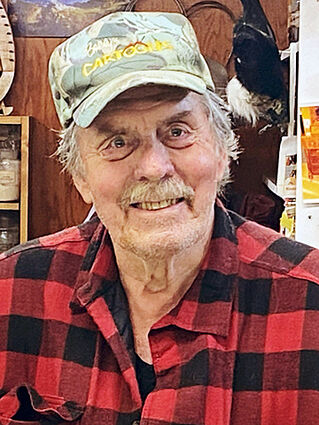 Barry Wayne McWilliams pass-ed away on August 14, 2021, at his home outside Whitehall, Montana. He was 79 years old.

Barry was born on February 17, 1942, in North Hollywood, California, to Leigh and Irene (Hewitt) McWilliams in a hospital with blackout curtains due to the fear of Japanese invasion of the west coast following Pearl Harbor. He spent his younger years in what he referred to as an "immigrant home" where three distinct families shared a small three-bedroom house with wall-to-wall mattresses. Throughout his life, he reminisced about that simpler time growing up on Carpenter Avenue with his beloved sister and cousins.

His love of literature led him to his first true profession, teaching English, but it was not to be his last. He trained horses in the mountains of Northern New Mexico, drove a Pepsi truck and later a talc truck, and ultimately found himself selling ads and shooting pictures for the Madisonian, a small weekly newspaper in Virginia City, Montana, where he realized his lifelong dream of being a cartoonist might actually happen.

At first, began drawing his weekly editorial cartoon, J.P. Doodles, for the Madisonian - for free. A few months later, he split a week's worth of firewood for his family, bought a week's worth of food, spent his last $20 on gas, and headed out across Montana on a late-November night with packets of cartoons. The first paper to sign on was the Sanders County Ledger in Thompson Falls, Montana.

Eventually, he cartooned from four continents for more than 1,500 newspapers and visited hundreds of elementary schools teaching kids to draw. He continued 'tooning right up to the end, sending out his last Back-to-School cartoon on the Thursday before he passed.

Barry was a character. Unique. Unlike anyone you've ever met. He was a born salesman and an incredible idealist. He was an adventurer who hitchhiked around Saudi Arabia during the first Gulf War to interview soldiers, joined a government trade mission to Asia, declared himself "shipwrecked" on Flinders Island off the southern coast of Australia, and helped mastermind America's biggest cattle drive in over a hundred years. He was a poet, an enigma, and a dreamer. He could walk into a restaurant and sit there for hours talking to complete strangers who quickly became friends. He had a tremendous love for animals, something his mother instilled in him at a young age that gave him purpose until the day he passed. His hearty laugh could fill a room, often followed by a subdued "oh, sh*t."

Sometimes, he was exasper-ating, but never intentionally; at his core, he had the biggest heart and the best intentions. He was a brother, a cousin, an uncle, and a husband (a number of times). He was a father and Papa Bär who loved his kids and grandkids above all else, even when he struggled to show it. He didn't believe in boundaries or limits, only that they were a perception and something to overcome. He never seemed to be in a hurry except when he needed to get his cartoons out to the papers.

Barry was preceded in death by his parents Leigh and Irene McWilliams; his sister Maureen (Charles) Byrne and baby sister Cheryl McWilliams who died during infancy; his half-brother Leigh (Milly) McWilliams Jr. and half-sister Eleanor (Bob) Sowers; as well as numerous other relatives he kept in contact with on and off throughout the years. 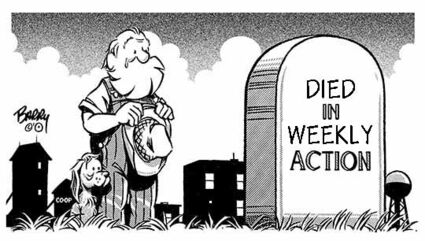 He is survived by his children, Colin (Cynthia) McWilliams, Summer (Michael) Marston, Ethan (Megan) McWilliams, and Noah (Jessica) McWilliams; his eight grandchildren, Kirby, Catherine, Amelia, River, Grant, Matilda, Garrett, and Charlotte; as well as the incredible ladies he married (not all at the same time) and mothers to his kids, Catharine (Courter) Dombrovske, Nancy (Smith) Tarnai, and Mary Ellen Doty.

In lieu of flowers, please consider donating to 4 Paws Rescue, PO Box 13, Cardwell MT 59721. Memories, anecdotes, etc. are encouraged and can be shared with his kids by emailing [email protected]