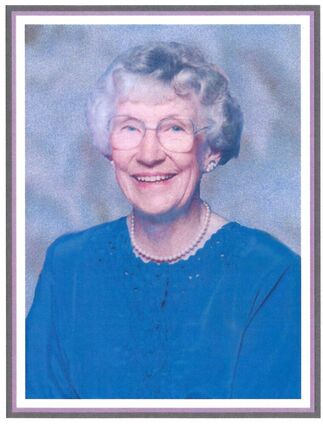 Springfield, OR. Janet Isabel Larson Scofield passed away peacefully at home, on January 1, 2022. She was 92 years old. Janie was born on a cold day, January 26, 1929, on the Charlie Borche Ranch, in Harding County, South Dakota. She was raised by her parents, Arnold and Martha Olson Larson, on family ranches homesteaded by her paternal and maternal great-grandparents. Janie had an older half-sister Ruth, and five younger brothers: Jim, Bill, twins Keith and Kenton, and Pete. She graduated from Buffalo High School in 1946 and married Dale Edward Scofield on June 4, 1948 in Reva, South Dakota. Together, Dale and Janie raised four children, Carrol (Chuckie), Connie, Dallas, and Wade.

Much of Janie's early years growing up were spent helping care for her brothers at home, working on the family ranch, attending school and church. The summer following High School graduation during the War Years (WWII), Janie, at the age of 17 years, enrolled in a twelve week summer school course at Black Hills Teachers College in Spearfish, South Dakota. Janie earned a Second Grade Teaching Certificate, good for two years. She taught at Olson School for her first two years. The first year she taught three students, including seventh grade brother Pete. The second year she had five students in her class, which again included Pete and a couple of Olson cousins. Janie was granted an extension to her Teaching Certificate for a third year due to a lack of teachers. Janie and Dale's first child, Chuckie, was born in 1951 in OR., followed by Connie in ND., 1952, Dallas, 1954 in ND., and Wade, 1957 in MT. As the Scofield family grew, they moved many times, throughout South Dakota, Montana, and Oregon, following the work Dale did on ranches, truck driving and electrical lineman. Janie's job became very busy managing four young children at home and school. She found time, in 1965, to take a job setting a Linotype at a newspaper in Hinsdale, MT. Janie also worked for a J.C. Penney store in Malta, MT. When Dale hired on as a resident rural lineman on the McKenzie River with Lane Electric Cooperative out in Oregon in 1969, one of Janie's first jobs was cleaning cabins at Loloma Lodge and Caddis Fly Resort on the upper McKenzie River. Then in 1971, she once again entered the education field, hiring on at McKenzie School District in Finn Rock, serving as an educational assistant. She held this position for 19 years, retiring in 1991. From that moment going forward, Janie was fully "employed" as a Mom, Grandma, and Great Grandma, affectionately called GG, by the youngers.

Janie loved to play cards and bingo with friends and family, was an avid sewer, including making many quilts. She enjoyed attending her Church at McKenzie Valley Presbyterian. She loved following her family's activities, including family reunions in South Dakota and Oregon. Many are the memories with her on family horse packing trips in the Wilderness, raft float trips down the McKenzie, making lefse (Norwegian pastry), and Christmas eve at her house. Never enjoying the task of cooking, Janie never turned down an offer to eat out at a restaurant.

Janie is survived by her brother Pete, daughters Carrol Aanestad (Duane) of Leaburg, Connie Richardson (Cliff) of Finn Rock, sons Dallas (Tammy) of Lacomb, and Wade of Nimrod; 10 grandchildren and 21 great-grandchildren. She was preceded in death by her husband Dale, brothers Jim, Bill, Keith, and Kenton, her half-sister Ruth, and a granddaughter.

Memorials may be made to McKenzie Valley Presbyterian Church.