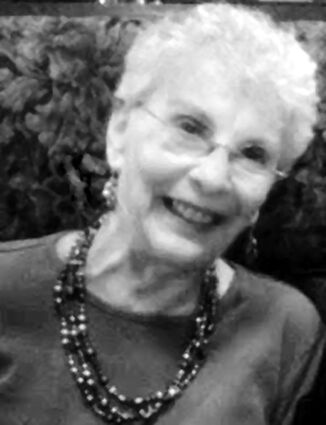 Ann Elizabeth Robson, 91, of Eugene, Oregon, passed away on October 28, 2022, with dementia. Ann was born in Bellingham, Washington, on October 24, 1931, to parents Rachel (Robinson) and Ralph Hensley. She is survived by her husband, Clayton Robson, daughter Jocelyn Whitfield, son Ladd Robson, son Rand Robson, sister Gretchen Morris, and brother Peter Hensley. Preceding her in death were their son Duncan (SIDS) and son Lance. She graduated High School in Aurora, Illinois, in 1949. She attended Chico State University and numerous Community Colleges in California. She was a talented writer, interior decorator, and housewife while her four children grew up. When she was free of household responsibilities, she worked for two different environmental research firms in Washington DC as a secretary and in the Washington Post newspaper corporate office. At the Washington Post, she frequently encountered Katherine Graham (owner of the Washington Post), Ben Bradley (Editor), and Warren Buffett (Chair & CEO of Berkshire Hathaway Company). Her husband was in the U.S. Air Force which necessitated a household move every 4-5 years until his retirement in 1980. She lived in the Washington DC area for over 20 years.

While in the Washington DC area, she managed the Andrews AFB, Officers Wives Club thrift shop, which became the highest-profit thrift shop of all military services worldwide in 1976 – 1977. In recognition, a permanent college scholarship was established in her name to be awarded annually: The Ann Robson Scholarship.

She moved to Eugene and Blue River, Oregon, in 1992. She was a principal organizer of the annual McKenzie River House Tour which was a money maker to save the McKenzie River Clinic, the first rural clinic in Oregon. In the first year, the tour earned $12,000. This effort was successful in saving the clinic.

Her home on the McKenzie River in Blue River was totally destroyed by the Holiday Farm wildfire in 2020, at which time she moved with her husband to a rental cottage in Eugene. She entered the Evergreen Memory Care facility in 2021 to receive daily care for her dementia.

She loved reading, treasure hunting in thrift stores, antiquing, and helping her community.