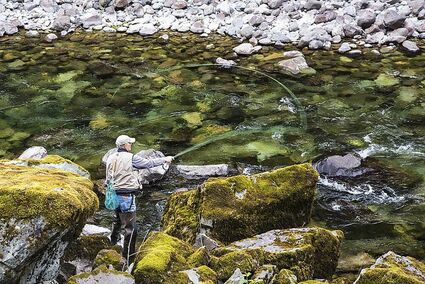 Only about 2% of Oregon river miles are currently protected under a federal Wild and Scenic designation.

Hundreds of Oregon businesses have signaled their support for legislation protecting rivers across the state.

In an open letter, more than 200 businesses have thanked Sen. Ron Wyden - D-Ore. - and Sen. Jeff Merkley - D-Ore. - for introducing the River Democracy Act. The measure would protect about 4,700 miles of rivers in Oregon as wild and scenic.

The rivers were selected through a public nomination process. Chris Daughters, who signed the letter, owns the Caddis Fly Angling Shop in Eugene.

"While I'm in the angling business and I love clean water and high-quality habitat for all types of fish," said Daughters, "which Oregon is blessed to have a lot of - that's also really good for drinking water. And this act protects both of those things."

Outdoor recreation is a $7.2 billion industry in Oregon, according to the Outdoor Industry Association. Currently, only about 2%, or fewer than 2,200 of the state's 110,000 river miles, have the highest protections as wild and scenic.

Patrick Kruse is founder of Ruffwear, which builds outdoor gear for dogs in Bend. He also signed the letter.

"Having these places that we can go and take a swim or play in the waves, or go kayaking," said Kruse. "I think those really are what bring us back to our environment and what really recharge us."

Over the summer, more than 50 Oregon breweries also voiced their support for the River Democracy Act.

A poll from January found 87% of likely voters in Oregon support additional wild and scenic river protections, including 75% of Republicans.

Support for this reporting was provided by The Pew Charitable Trusts.