USPS changes have OR postal workers worried about Holidays 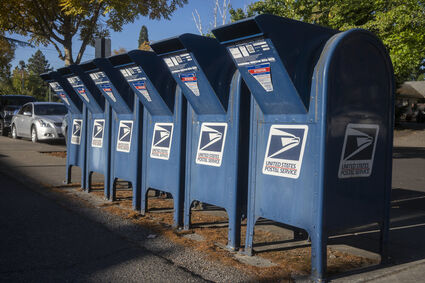 The US Postal Service suggests, with the latest changes affecting first-class mail, plan ahead and send packages and correspondence early if you're on a deadline.

Ahead of the busiest season of the year for the U.S. Postal Service, some Oregon postal workers are voicing concerns about the latest policy changes.

They include new "service standards" that slow down first-class mail delivery. Mail traveling less than 1,000 miles should reach its destination in three days, and mail traveling more than 1,900 miles will take about five days. The Postal Service also has hiked rates for mail, packages, and other special services.

With these changes and staffing issues, said Joe Cogan, president of Portland's local postal workers' union, he doesn't think the Postal Service is prepared for the holiday crunch.

"I just don't know how any organization or business can survive if you're reducing service and charging more. It just doesn't make sense to me," he said. "I can tell you that the employees that I represent, we want to serve our customers to the best of our ability - and we believe that this action prevents us from doing that."

Postmaster General Louis DeJoy has said the Postal Service is hiring 40,000 seasonal workers to help with the holiday rush, and that the changes are needed to trim a $160 billion loss by 2030.

Christopher Shaw, an author, and historian of the U.S. Postal Service, said he's already hearing reports of how these changes are affecting small-business owners. They often depend on first-class mail and have said the slowdown will impact their day-to-day operations. Shaw said he thinks some may turn to other delivery providers, which could lead to further privatization of the industry.

"These changes," he said, "are part of a trend where the Postal Service is conceived of not as a public service, and instead more like a for-profit business, which could very well lead to degradation of the service that Americans have expected and received over the years."

The changes are part of DeJoy's 10-year plan, called "Delivering for America," which includes modernizing the vehicle fleet and making investments in mail-processing facilities.