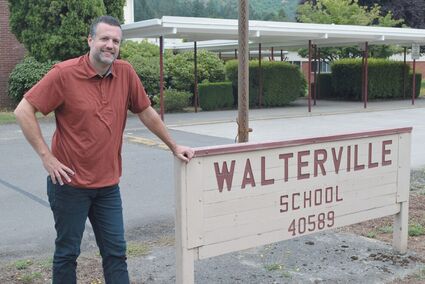 Newly upgraded Walterville Elementary's new principal is looking forward to September 7th, the start of classes for the 2022 - 23 school year.

WALTERVILLE: A small school proponent has been picked as principal of the Walterville Elementary School. Andy Price, who attended Mohawk Elementary while growing up, says his own experiences while going to a small school, "means a lot to me."

Parts of his recollections include events that drew students and community members to a rural campus - like school carnivals or sock hops. But it was the close interactions inside classrooms he values most.

"I was a struggling learner and my teachers cared for me," Price says. "They believed in me even when I possibly didn't believe in myself."

Mentoring like that likely led him on the road to a career as an educator. Before becoming a teacher Price served for a year in Americorps developing and presenting health lessons at several Salem/Keizer elementary schools. Later he taught Math and Science at Agnes Stewart Middle School. For the last five years, he's been the assistant principal at Thurston Middle School.

Price, who lives "just over the mountain" in the Mohawk Valley, says he shares an appreciation for the small school environment people in Camp Creek and Walterville have also grown up with. "There's a generational involvement within families that have gone to the same school, have a historical knowledge of it, and remember going there as a kid," he feels. 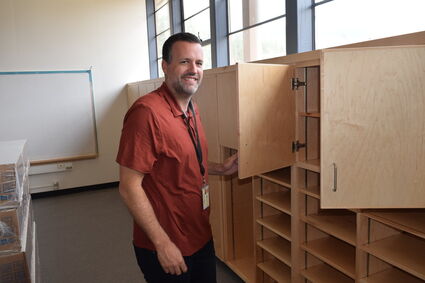 The rebuilding of Walterville Elementary, after it was damaged by flood waters, is nearly complete. Crews plan to finish the project before students are welcomed back on September 7th. A few weeks after that, the community will be invited for an ice cream/BBQ event along with an opportunity to walk through and get a look at some new upgrades to the classrooms.

Price says he believes the community will be happy to see "how great the classrooms, library and other learning spaces look."

One thing people will find that hasn't changed will be the staff's commitment to Walterville's students, Price says. "Ultimately we care about every kid, every day, making sure each gets what they need that day to be successful."

According to Walterville's new principal, "Education is constantly shifting, things change, progress, and improve. I really believe our job as school employees is to make sure every kid gets our best."