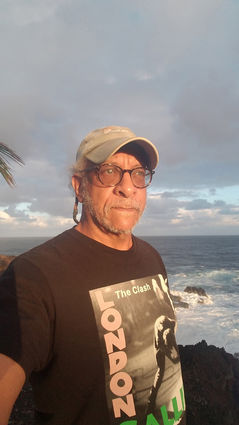 Guy E. Lewis, a resident of Yreka and a retired U.S. Forest Service firefighter, died suddenly April 14. He was 70.

Early in the second semester of his sophomore year at Haverford, Lewis and several of his friends decided on the spur of the moment to drop out and drive to California. (It was 1970-people did things like that then.) After about a year in the San Francisco Bay Area, he found temporary employment with the Colorado Game, Fish and Parks Service. He discovered a love of the outdoors in the work-moving irrigation pipe, fixing fences, and capturing deer for banding-that would determine his later career choices. After his employment in Colorado ended, he moved to Eugene, Ore.

There, he attended a local community college and did seasonal work planting trees. Lewis started work with the Forest Service in 1974 as a member of a fire crew on the McKenzie Ranger District. After a few years' experience, he joined a crew that rappelled out of helicopters to fight fires. In 1978 he returned to the McKenzie Valley on the Blue River Ranger District as a crew boss. Lewis quickly became involved in other aspects of forest management and helped integrate fire ecology in forest management plans. Many of the friends he met on the McKenzie remained close friends for the rest of his life.

In 1987 Lewis moved to the Gifford Pinchot National Forest in Washington state as assistant fire management officer on the Wind River Ranger District. Later he became a district fire management officer on the Klamath National Forest in Northern California, where he retired in 2007 as a forest fire planning specialist. After retirement, he worked with the Forest Services' National Infrared Operations Unit. Lewis was fascinated by firefighting's web of camaraderie, excitement and challenges, and he transmitted his enthusiasm to younger firefighters whom he mentored in the science, and art, of fire's beauty and ability to shape the landscape. He was strongly supportive of learning from mistakes, open communication, and diversity of ideas to increase safety in the hazardous conditions inherent in fighting fires.

His love of the outdoors led him to activities such as cross-country and Telemark skiing. He was always looking throughout the West for deeper snow and steeper slopes. When he took up rock climbing and golf, there were no rocks he would not attempt to climb nor golf shot he could not imagine. One of his proudest feats was making a hole-in-one. He loved to camp with friends, all sharing a bottle of good Scotch to make the adventure memorable and deepen the friendship. He always had another adventure in mind and he wore his love for his friends on his sleeve.

Lewis also loved to travel. He went to Russia for professional reasons as a firefighter. For pleasure, he traveled throughout the U.S., including many visits to Hawaii where he owned a house for a time. He also made trips to Chile, Peru, Brazil, Mexico, Egypt, London, Barcelona, Paris, Amsterdam, and Tanzania where he sent friends pictures of wildlife from a photo safari.

Lewis is survived by his sister, Ione Lewis, of Kingston, NY, and three nephews, Antonio Bovoso, of Boston, Mass .; Alessandro Bovoso, of Phoenix, Ariz; and Santiago Bovoso, of the San Francisco Bay Area.

Friends are asked to make contributions in his name to Planned Parenthood, Common Cause, The Southern Poverty Law Center, the American Civil Liberties Union, or the Nature Conservatory or, because Lewis was supported the tissue-donor program, to consider registering to become donors.